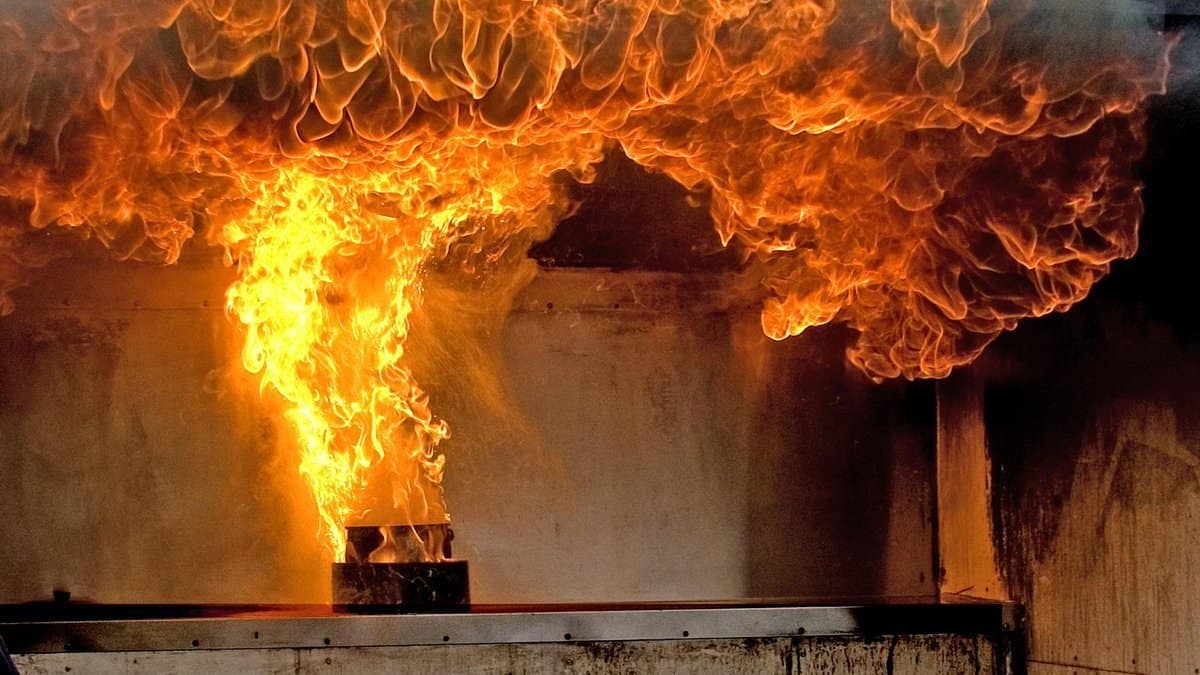 Nearly 40% of all fires are kitchen originated.

Grease vapour accumulation is the most serious danger for cooking areas in kitchens. During cooking, fats and grease change from solid or semi-solid to the liquid phase. Then, atomized grease is filled with steam. This grease mist also contains water molecules in the form of steam. This mixture in aerosol form is transported from the cooking surface to the hood and from there to the ducts with the negative pressure created by the heat currents emitted from the ventilation system (fan) and the cooking appliance. We can see this as a rising cloud of grease and smoke.

At high cooking temperatures, more grease vapour is formed. When the grease vapour cools, it becomes solid again. These grease residues that accumulate in the canals are flammable. The ignition temperature of the grease residues is slightly lower than the initial ignition temperature. This situation brings with it the risk of fire in hoods and ducts. Especially fish and meat cooked in grills using solid fuel form high volumes of grease vapour. When the steam comes into contact with the metal surface, it forms a dry but sticky layer. Ash, unburned carbon, etc., which is relatively heavier on this layer. Combustion products such as accumulate over time. In these systems, accumulation of grease, ash, and soot can cause excessive accumulation, especially in horizontal channels.

Often excessive heat and flames on the cooking surface bring along a glow. The ignition that occurs when the grease vapour formed as a result of cooking is exposed to excessive heat or directly touches the flame is the most common cause of glare. This flare creates rising flame beams, and the flames thus touch the hood and grease filters. If the glare is of an appropriate intensity or continues for a sufficient time (about 2 minutes), the accumulated grease deposits in the hoods and ducts can easily ignite.

– First of all, flammable grease deposits in the exhaust duct ignite and fire continues in the ducts and chimney,

– In the second stage, this fire that occurs in the canals continues towards the fan and the metal forming the canal gets hot. It can be ignited by heat energy emitted by radiation from metal surfaces, wooden building materials, plastic, etc. building elements burn and cause a fire.

Bleaching Brewery CATERING Chlorine CIP Colour Removal COMMERCIAL KITCHENS Disinfection electrostatic Electrostatic Filter Electrostatic Precipitator ELECTROSTATIC PRECIPITATORS ESP Grease Removal Greenhouse Hospitality Ozone Sanitation Smokeremoval Smoke Removal Textile UV UVC UV Lamp VENTILATION Wastewater Wastewater Treatment Winery
Top
We use cookies to ensure that we give you the best experience on our website. If you continue to use this site we will assume that you are happy with it.OkPrivacy policy